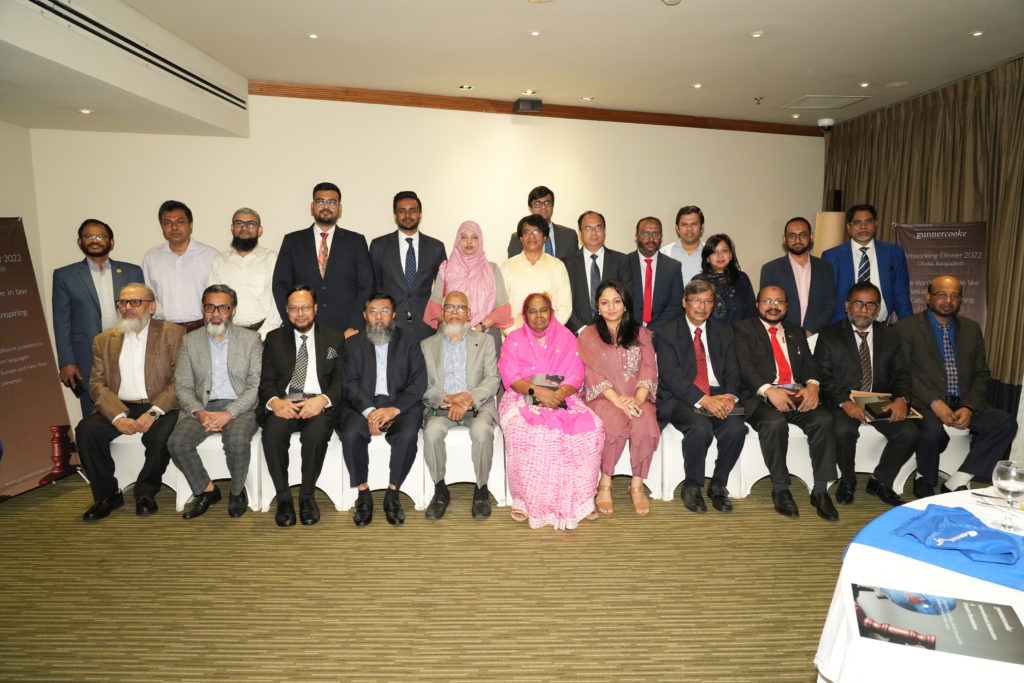 gunnercooke hosted a networking dinner at the Radisson Blu Hotel in Dhaka, Bangladesh on Thursday 11 August at 7pm. British High Commissioner’s representative Mr Dan Pasha, Director of Trade and Investment was present as the event’s keynote speaker. There were also representatives from the local legal and business community and the government of Bangladesh.

British-Bangladeshi partner of gunnercooke, Mr Khaled Moyeed, a solicitor specialising in international arbitration, outlined plans to provide legal support to companies and government owned entities that enter into international agreements. He is currently visiting Bangladesh and has had discussions with business owners and industry figures and senior officials of Bangladesh Government about providing gunnercooke‘s services to organisations based in the country.

Dr Naqib M Nasrullah, Professor of Department of Law at the University of Dhaka spoke at the networking dinner setting out the theoretical basis and the benefits of arbitration to businesses engaged in cross-border agreements. The Executive Officer of Bangladesh International Arbitration Centre (BIAC), Mr Kaiser Chowdhury outlined the work that BIAC is doing to promote arbitration in Bangladesh.