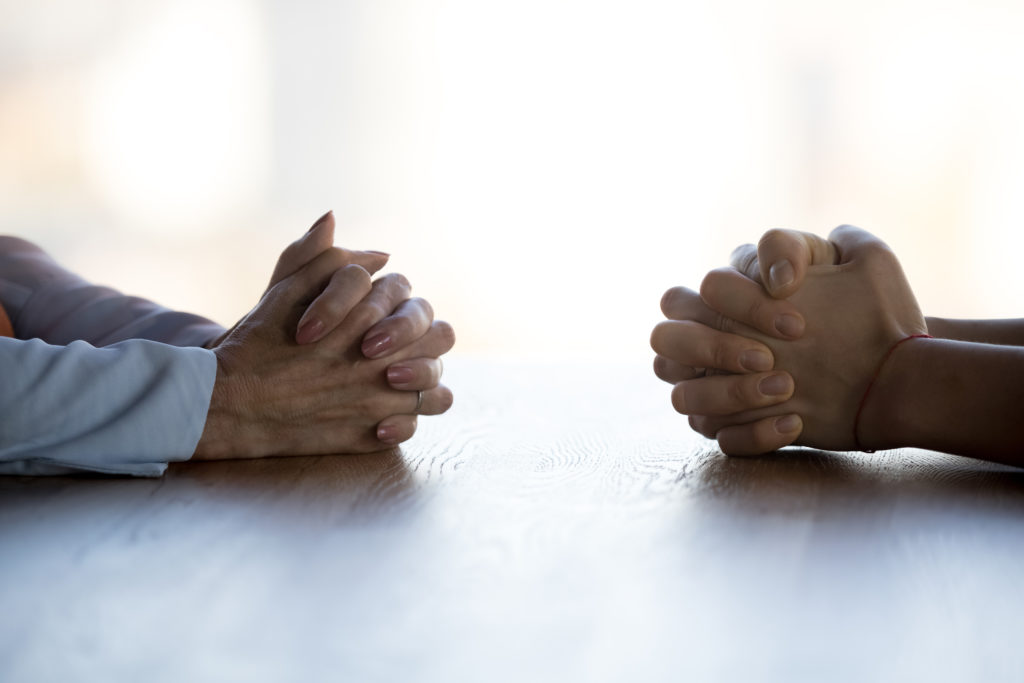 Does an employer’s failure to make a reasonable adjustment under the Equality Act 2010 render an employee’s dismissal unfair?

Under section 20 of the Equality Act 2010, an employer is required to take such steps as it is reasonable to have to take to avoid a disabled employee being placed at a substantial disadvantage in comparison to an employee who does not suffer from that disability.  This requirement is usually referred to as the duty to make reasonable adjustments.  The question that came before the Employment Appeal Tribunal (EAT) in this case was whether, in circumstances where an employer dismisses a disabled employee and fails to make a reasonable adjustment during the dismissal process, that fact should render the dismissal unfair.

In Knightley, the NHS Trust refused a request made by the Claimant, Ms Knightley, for an extension of time in which to submit an internal appeal against the Trust’s decision to dismiss her on capability grounds.  Ms Knightley had been employed as a Lead Midwife for Mental Health and from around 2007, she had suffered from stress, anxiety, and reactive depression, for which she was prescribed antidepressant medication. The Trust agreed that this condition amounted to a disability for the purposes of section 6 of the Equality Act 2010.

On the facts, problems with Ms Knightley’s attendance at work had developed from the end of 2012.  She had been given a great deal of latitude and support in relation to her attendance, and adjustments were made.  A flexible working arrangement was put in place in 2014.  Ms Knightley was then absent on grounds of ill health from 3 August 2015 to 5 September 2016. It was found that this period of absence of more than a year was managed under the Trust’s sickness absence procedures, including various reviews, as well as assessments from Occupational Health. The Tribunal made detailed findings of this process. It also found that the impact of Ms Knightley’s absence on the service to the public was giving rise to serious concerns about the welfare of patients.  It said that her complaints about the Trust’s handling of her absences were unfounded. It found that the matter was dealt with leniently, rather than punitively as Ms Knightley had alleged.  She was dismissed following a capability procedure and the Tribunal found her dismissal to have been fair.

Ms Knightley appealed on several grounds, one of which was that her dismissal ought to have been held to be unfair, given the failure, by the Trust to allow her more time to submit an internal appeal, which she said would have been a reasonable adjustment, and she argued that there was, therefore, a lack of an effective appeal, in the circumstances.  Although the EAT agreed that this was a request from Ms Knightley for a “reasonable adjustment”, it found that, despite the failure by the Trust to implement the adjustment, the dismissal was fair overall under the Employment Rights Act 1996 because, on the facts, an “effective” appeal would not have affected the overall fairness of the dismissal.

This case ought to reassure employers that where a reasonable and fair dismissal process is followed overall, despite any potential shortcomings identified in the process, a dismissal should not be found to be unlawful where the process – taking everything into account – has been fair overall.  It is still important that an employer can sufficiently demonstrate this, by having a well-documented procedure and reliable evidence in support of its decision that will stand up to scrutiny, if challenged.  Where the employee in question has a disability, it is often helpful to take advice about the process being used, before proceeding to dismiss.

In claims for indirect discrimination should the pool for comparison, when considering less favourable treatment, be matched to the provision, criterion or practice that is being challenged?

Here, the Claimant, Miss Allen worked as a Department Manager for Primark Stores Limited at its store in Bury. Following a period of maternity leave, she made an application to return to work on flexible hours, due to her childcaring arrangements.  The claim arose out of Miss Allen’s concerns that she was required to guarantee her availability to work late shifts on a Thursday and she said that, as a woman with childcaring responsibilities, this requirement placed her at a substantial disadvantage, on the grounds of her sex, and amounted therefore to indirect sex discrimination.

Miss Allen claimed that, at the material time, there had been 8 managers at the Respondent’s Bury store (6 department managers, 1 store manager and 1 assistant store manager). The managerial staff were required to work 1 of 4 shifts each day over a 5 day period.  These included a shift that ran from 10.30am to 8.30pm (known as “the late shift”). The requirement to be available to work the late shift was a concern for Miss Allen, given her childcaring responsibilities.

Primark offered some accommodation but could not come to an agreement with Miss Allen over the Thursday late shift.  In responding to Miss Allen’s flexible working application, the store manager, Mr Davis, explained: “Whilst on the majority of days your reasoning that there are other managers who could cover this late shift is true, on a Thursday we do not have sufficient flexibility in the management team to accommodate this request as only 2 of the 6 current managers are able to work this shift.”

Of the 6 department managers at the store, only 2 were able to work late on Thursdays. Another man had his own flexible working arrangements which meant that he never worked Thursday late shifts. 2 other male managers also had childcaring commitments on Thursdays and rarely worked the late shift. Primark took the view that, since these arrangements had been in place for some time, the individuals concerned had acquired implied contractual entitlements to the working arrangements. They said that this left only Miss Allen and 2 other department managers available to work the Thursday late shifts.  Primark said that it would leave inadequate cover for holidays and other absences if Miss Allen didn’t work these shifts.

The Tribunal determined that the relevant pool for comparison in this case, when considering the question of less favourable treatment, was department managers working in the same store, and they excluded the male employee who had his own arrangement in place.  The Tribunal concluded that 2 men and 1 woman (Miss Allen) were effectively disadvantaged by the provision, criterion or practice (PCP) which was the requirement to work a late shift on a Thursday, and so it could not be said that women as a group were put at a particular disadvantage.  It, therefore, dismissed Miss Allen’s indirect sex discrimination claim.

On appeal, however, the EAT said that the Tribunal’s approach to determining the pool for comparison was wrong because it had approached the question on the basis only of Miss Allen being asked to work late on Thursday.  However, the question that should have been considered is the need to guarantee her availability, which was a PCP that was only being applied to Miss Allen.  The pool had not required the 2 male employees to be put to the same level of compulsion.  Although the Tribunal had found that the 2 men had occasionally worked late on Thursdays, when asked to provide cover, it was clear that Primark did not view them as generally being available. Thus, while the 2 men might have been prepared, however reluctantly, to work the shift when asked, they were not required to guarantee their availability to do so.

The EAT allowed Miss Allen’s appeal on this basis. The PCP that she had identified was not simply that she was ‘being asked to work’ Thursday late shifts, but that she was being required to guarantee her availability to work those shifts.  This is how the alleged disadvantage arose.  The comparison pool considered by the Tribunal was, therefore, held to be inappropriate and it was ordered that the case should be remitted for a re-hearing using the correct pool for comparison.

The lesson from this case is that employers should ensure that care is exercised in determining the correct pool for comparison when considering whether any substantial disadvantage has been caused to an employee or a group of employees who share a protected characteristic under the Equality Act.

Is the Claimant’s ‘perception’ of harassment sufficient to the conduct complained of into a finding of harassment?

In this case, the EAT held that it wasn’t.

Mr Ali was employed by Heathrow Express, the First Respondent, as a security guard at Heathrow Airport.  Redline Assured Security, the Second Respondent, was responsible for carrying out security checks at the airport and it operated a policy under which it sometimes “planted” suspicious objects to test how security officers responded to such situations.  One such test involved a bag containing a box, some electrical cabling, and a visible note with the words, “Allahu Akbar” written in Arabic.

Mr Ali, who is Muslim, later learned of the incident after an e-mail was circulated by Heathrow Express reporting on the results of the test, including images of the bag and the note.  Mr Ali complained to the Employment Tribunal that the conduct of Redline amounted to either direct discrimination against him or harassment of him, as defined in the Equality Act 2010, by reference to his religion, and that, in so doing, Redline had acted as agent for Heathrow Express, and that, accordingly, both Respondents were liable to him in respect of his claims.

The Employment Tribunal concluded that the conduct amounted neither to direct discrimination nor to harassment.   Mr Ali appealed to the EAT, in respect of his claim of harassment, on the grounds that the decision was either perverse or insufficiently reasoned.

Under section 26 (1) of the Equality Act 2010 a person (A) harasses another (B) if (a) A engages in unwanted conduct related to a relevant protected characteristic (in this case religion) and (b) the conduct has the purpose or effect of (i) violating B’s dignity, or (ii) creating an intimidating, hostile, degrading, humiliating or offensive environment for B.

Section 26 (4) of the Equality Act 2010 requires that in deciding whether conduct has the effect referred to in subsection 26 (1) (b), each of the following must be taken into account: (a) the perception of B; (b) the other circumstances of the case; (c) whether it is reasonable for the conduct to have that effect.

The Employment Tribunal found that the conduct did not amount to harassment because it was not reasonable, in all of the circumstances, for Mr Ali to perceive the conduct as having an effect falling within section 26 (1) (b) and it found that Mr Ali should have understood that using this phrase was not seeking to associate Islam with terrorism but was in the context of recent incidents, where the phrase had been used.

The Tribunal decided that it, therefore, did not need to determine the agency point, nor a defence that invoked section 192 (national security).

In rejecting Mr Ail’s appeal, the EAT found that a Claimant’s perception is just one of the matters for the Tribunal to take into account when considering if conduct amounted to harassment, as defined by section 26 of the Equality Act 2010.   Taking all relevant matters into consideration the EAT was not satisfied that the conduct complained of was sufficient to amount to harassment under the Act.

This case is a helpful reminder that all of the relevant factors that are set out in the Equality Act should be taken into consideration when determining if harassment related to a protected characteristic has occurred. Whilst the Claimant’s own perception is one such factor it is not determinative of the question on its own.

Discrimination laws can be complex and sometimes difficult to navigate. For expert advice and support on discrimination issues, Simon Brian can be contacted at simon.brian@gunnercooke.com or on 07979 682752.