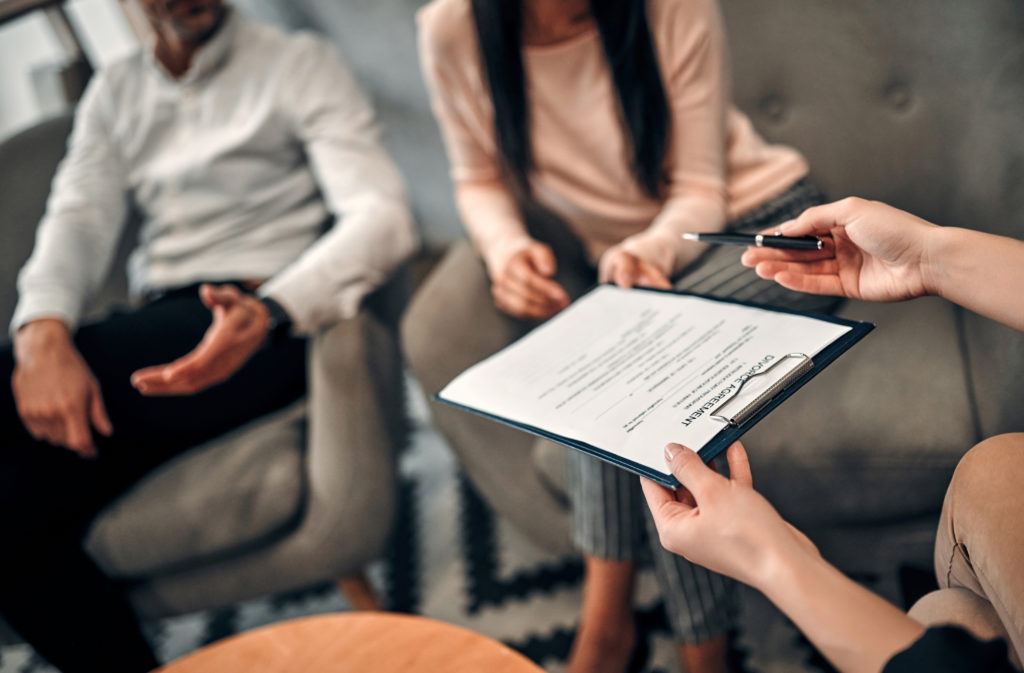 No fault divorce… what do the lawyers say?

From today (6 April 2022) the new divorce, dissolution and separation act 2020 will take effect. This is the most significant change in UK divorce laws in over 50 years.

Simply put, the changes mean a married couple can separate in England and Wales without having to attribute blame to one party. The law will undoubtedly have a huge impact on divorce cases, but what do the experts think?

Michelle Camacho is a longstanding resolution, accredited specialist and collaborative Family Lawyer based in London. She comments:

“The new divorce law is a refreshing change, which was long overdue. In particular, the no-fault divorce procedure will help to defuse what is already a painful experience and help separated parents to focus on what really matters, which is their children.

“Under the old divorce law where the most common factor cited in the divorce proceedings was unreasonable behaviour, I constantly had to remind my clients that unless the conduct of their ex-spouse was so gross that it would be inequitable for the court to disregard, it would not have any effect on the division of the matrimonial assets. Put simply the fact that their ex-spouse had an affair, would not entitle them to a larger share of the matrimonial assets.”

Kirpal Bidmead is a Family Lawyer based in the East Midlands and ranked Band 1 in Chambers. She adds her thoughts:

“Currently, the only ground for divorce is that the marriage has irretrievably broken down. This must then be proven by relying on 1 of 5 “facts”: Adultery, unreasonable behaviour, desertion, separation for 2 years with consent or 5 years separation.

“There will no longer be a need to “consent” to the divorce, meaning permission will not be needed and there will not be a risk of one spouse refusing the divorce. This is a positive step which should mean divorce is less painful and one spouse’s ability to control the other is greatly reduced.

“Another positive change is that the Act introduces a minimum period of 20 weeks between the start of proceedings and application for a conditional order. This is to give couples time to reflect and reconsider. Where divorce is inevitable, it allows an opportunity to cooperate and plan for the future.

“Currently, a divorce can be finalised within around 4 months and so it may take longer to divorce but the new law allows adults to end their marriage amicably and without causing more hurt. This should help them to reach an agreement in relation to the arrangements for their children and the financial aspects of the divorce.”

Roz Lidder is a Family Partner with over 8 years’ experience advising on a range of matters relating to marriage, divorce and children. She comments on what the change in language means for couples:

“Divorce is difficult enough. Many clients are dealing with one of the most stressful times of their lives alongside trying to organise their finances. The current divorce process encourages a blame culture, family practitioners have been campaigning for a change for many years, and matters came to a head in Owens v Owens. The no fault divorce will allow couples to divorce without appointing blame, this should reduce conflict.

“I am pleased about the change in language, with reflects a couple who have jointly come to an autonomous decision that their marriage has ended.

“In summary, the change is overdue and welcomed by family lawyers.“

Siddique Patel is a Leeds-based Family Partner specialising in Islamic marriage and divorce. He considers the similarities to Khula, the Islamic family law method of separation:

“Khula is where the husband and wife come to an agreement between themselves that the husband will grant Talaq (Islamic divorce) upon either the wife repaying some or all of the Mehr (Islamic dower payable to the wife upon marriage) to the husband. If the parties agree, it does not even have to be the that the Mehr has to be repaid, but anything of a certain value (that value need not be high). And most importantly, there is no allegation of fault.

“There has been some opposition to the no-fault divorce in the UK, with one argument being the assumption that divorce rates will soar due to the simplification of the process.

“I do not agree. It is a fact that although the provision of Khula has been available to Muslims for over 1400 years, there is no disproportionately high rate of divorce among Muslims. Indeed, the exact opposite could be argued.

“The new law will have the benefit of not allowing victims of domestic abuse to be trapped by their abusive spouse by allowing them to contest the divorce. Previously, perpetrators of domestic abuse have used contested divorce as a continuing part of the exercise of coercive control over their victim.
“The fact that we now seem to be entering into an age where two adults are able to jointly make an application to separate seems to me to be only a good thing.”

For a confidential discussion regarding any of the above, please contact our Family Team. https://gunnercooke.com/practice-area/family-law/